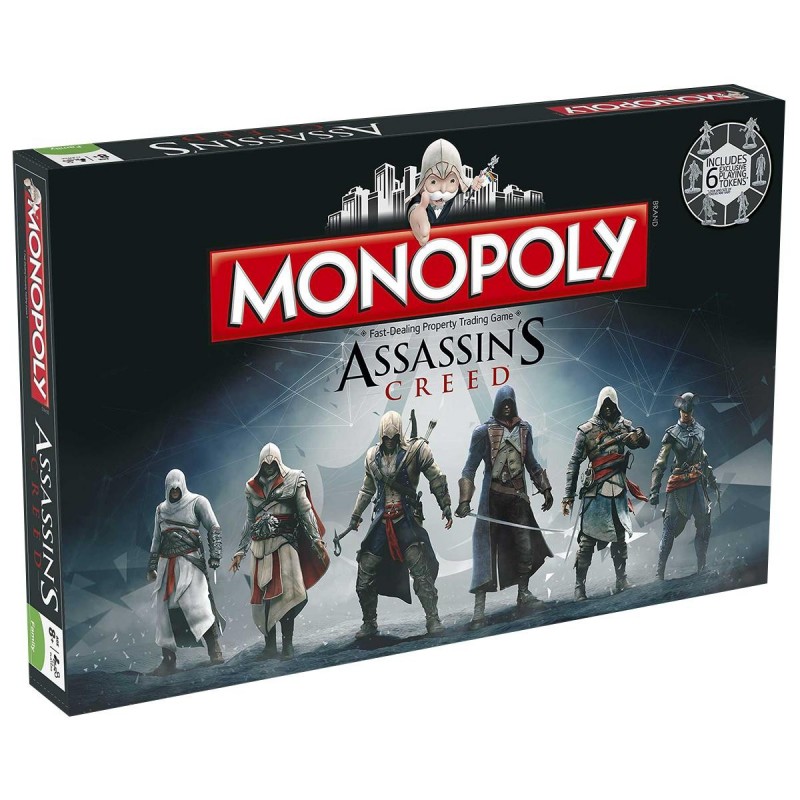 Tour Assassins Creed for the hottest properties; Locations, HQs & devices are all up for grabs.
Invest in stores and towers, then watch the rent come pouring in! Make deals with other players and look out for bargains at auction.There are many ways to get what you want. Stay sharp - because theres only room at the top for one! For everyone else theres bankruptcy. Trade your way to success!

Whereas the hat, car, iron, and other token pieces represent players in the normal version of Monopoly, Monopoly: Assassin's Creed lets you choose between the series' different protagonists. You can play as Altair, Ezio, Connor, Kenway, his grandfather Edward Kenway, Aveline, or the protagonist of Assassin's Creed Unity, Arno Dorian.

No customer comments for the moment.