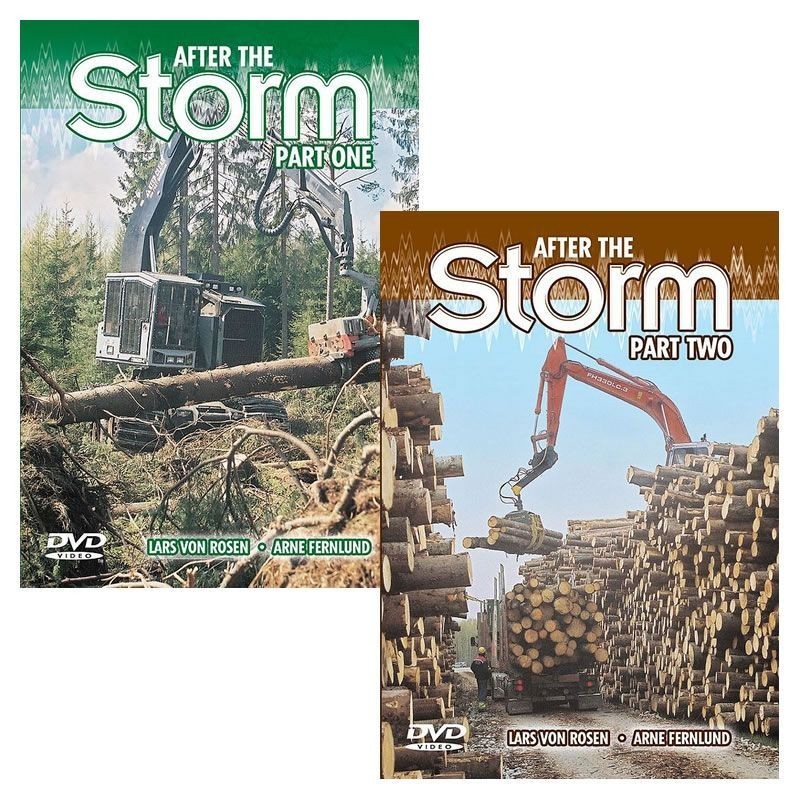 PART ONE:
A wide range of timber processors, loglifts, trucks, forwarders and quayside cranes is seen working in Sweden to clear forest devastation following a storm in January 2005. Storm ‘Gudrun’ felled 250 million trees overnight following which contractors and machines were brought in from all over Europe to clear up. Machinery enthusiast Lars von Rosen organised the professional filming of some of the more interesting equipment at work. He starts his programme with some of the earlier machines still at work: a 1973 Pika timber processor, a 1971 SMV hauler and a Weserhutte HW 70 tracked excavator from 1970. The rest of the programme deals with modern machines, starting with two Mantsinen dock cranes loading timber at the port of Halmstad. Back in the forest a Timberpro processor, a MAN timber trailer and two CAT 574s combine to show the capability of modern bulk-handling equipment. Part One finishes with a Liebherr 932 loading railway trucks.


PART TWO:
In the second of his two-part programme Lars von Rosen shows more machines at work in southern Sweden in 2005. Among the processors shown are an Atlas Königstiger and a Timbco Logmax 5000. Exciting footage shows Timberjack skidders operated by Bosnian contractors. Transporters include models from Sisu, Saurer and MAN. Perhaps the most striking scenes are those showing cranes and Svetrucks at huge timber stores, a paper mill and the Baltic port of Sölvesborgs.

No customer comments for the moment.